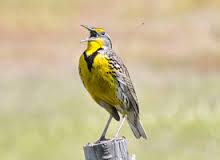 Meadowlarks – They are most common in native grasslands and prairies and other grassy areas like temperate grasslands. The eastern meadowlarks will breed in mostly any class of grassland as long as it has enough space to mark terroritory (6 acres). Meadowlarks are vegetarians they eat grain and weed and sometimes in harsh winters they eat road kill per say.  These birds eat seeds. 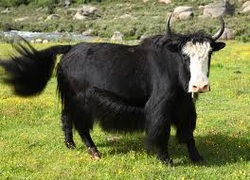 Yak – Lives in temperate grasslands in high altitudes they are
found through the Himalayan region of south central Asia. A yak’s mouth has
adapted to grazing a variety of different plants. The thick hair of coat also
protects the yak from cold temperatures in this grassland’s cold winter. The
yak’s large chests have adapted to low oxygen contents in the mountains. The yak
has also learned to use its hooves and horns to break the ice and reach the
grass below the ice to eat. Yaks eat grass and twigs of the few trees in the
grasslands. 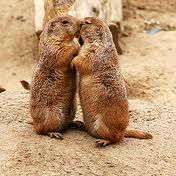 Prairie dog – They live in the grassland biome in  North America prairie they have adapted to burrowing holes to escape to when  being chased by a predator. Their limbs are shorter and the prairie dogs have adapted to having sharp claws or teeth that can dig away dirt easier. This
animal has also adapted to pouch like cheeks which he can use to store food in.
Prairie dogs mainly eat grass. 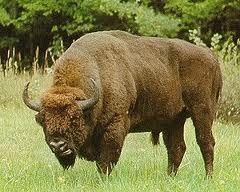 Bison – This animal’s habitat is in grasslands. A  bison has flat top teeth and a digestive system adapted to eat grass. Basically  a bison eats grass and feeds on basically anything it has adapted to eat  anything available. 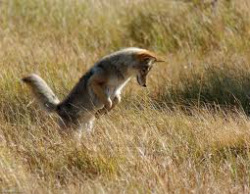 Coyote – This animal lives in North America from Alaska to Mexico. A coyote has adapted to running at an amazing speed to escape predators. Coyote eat small bird, prairie dogs and many smaller animal. 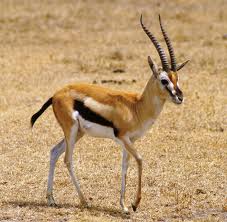 Gazelles – Are found in open plains such as grasslands like temperate. Gazelles are found in North Africa through central in the tropical Africa. Gazelles are able to shrink their liver to 30% to conserve water in the grassland. They have also adapted to running at a fast pace to escape from predators in this open grassland without any place to hide. These
amazing animals can eat herbs, grass, and shrubbery. 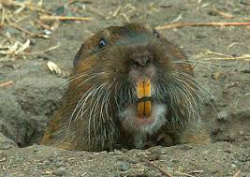 Gophers – Live in tunnels underground and you probably would only found one in a tunnel system. A gopher’s adaptation would be its front legs and teeth. Gophers are vegetarians they feed on shrubs, trees, grass, plant, and roots. 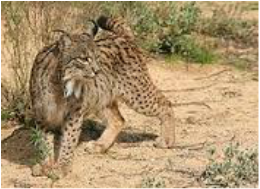 Lynx – a Lynx eats the carcass of a dead animal, and lipoids. Lynx have adapted a skill to catching their prey. They live in the steppes of Asia steppes are found in temperate grasslands along with prairies. 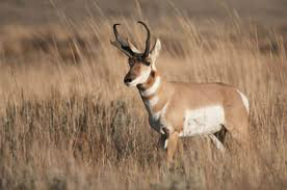 Grasshopper- Live in the grass and are herbivores. Grasshoppers have long hind leg that is used to jump and escape or avoid predators. 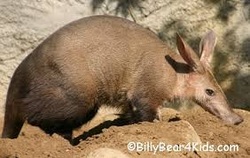 Aardvarks -Aardvarks are found in sub-Saharan Africa. Aardvarks live in underground burrows. Their diet includes ants , termites , wild cucumber, plants and other insects.Their adaptations are they curl into a ball formation and they have leathery skin. 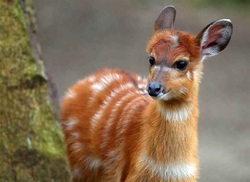 Antelopes- Antelopes are mainly native to Africa and some parts of Asia. Antelopes
live in open woodland areas. Their diet includes seeds, nuts, fruits , buds , leaves, and tall grass. Antelope adaptations include its golden coat which helps it blend into the tall grass. Another adaptation is the antelope's long legs which let it run smoothly to escape predators. 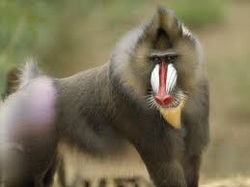 Baboons- Baboons are found in Africa and Asia . Baboons live in tall trees or cliff faces. Their diet includes grass , berries , pods , fish , hares , birds , and shellfish.
Their adaptations are their sharp claws which helps them fight predators and
large quantity of fur around their neck that keeps them warm. 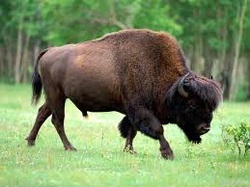 Bison- Bison are found in North America and Europe. Bison live in plains and or prairies. Their diet includes grasses , sedges , berries , and lichen. Their
adaptations are their broad flat-topped teeth and a digestive system that is adapted to feed on grass. 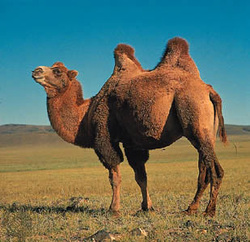 Bactrian Camel- Bactrian Camels are found in the Middle East , Africa ,
and Central Asia. They live in the stony plains. Their diet includes
grass , leaves , and shrubs. Their adaptations are their humps that allows them
to store fat which helps it go without food for a long period of time.
It also has thick leathery pads on its knees to prevent it from getting burned or hurt. 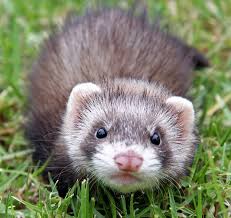 Ferrets- Ferrets are originally from Europe , they are found in North America , Northern
and Western  Asia , and Northern Africa. Ferrets live in underground tunnels and burrows. Their diet includes mice , rats ,  birds , reptiles , and amphibians. their adaptations are their slender bodies for getting into burrows. 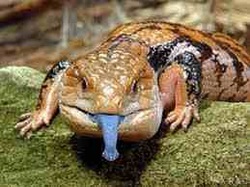 Blue tongued skink- Blue tonged skinks are found in Australia. They
live in dry open areas. Their diet includes insects , worms , snails , flowers , fruits , and berries. It's adaptations are its blue tongue that frightens its predators. 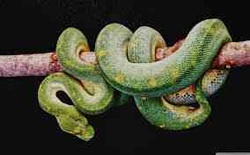 Boa constrictor- Boa constrictors are found in Mexico , Central and South America , and the Caribbean. They live in trees or on the ground. Their diet includes birds , rodents , and lizards. Their adaptations are its sharp teeth that impale its prey it also has camouflage skin that helps it hide from its predators 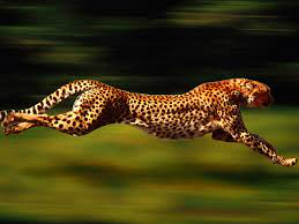 Cheetah- Cheetahs are found in most of Africa and parts of the Middle East. They live in open flat plains. Their diet includes gazelles , impalas , and medium-sized antelopes. Their adaptations are the spots on its fur that serve as camouflage when it hunts its prey and its very flexible spine that allows it to turn quickly and lengthen its stride. 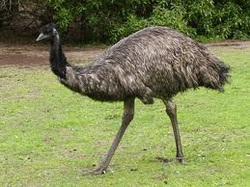 Emu- Emus are found in Australia. Emus live in open plains. Its diet includes flowers , fruits , seeds , and large insects. Its adaptations are its three toes which is more efficient for running.
Powered by